Laetitia Delrez, winner of the Paul and Marie Stroobant prize 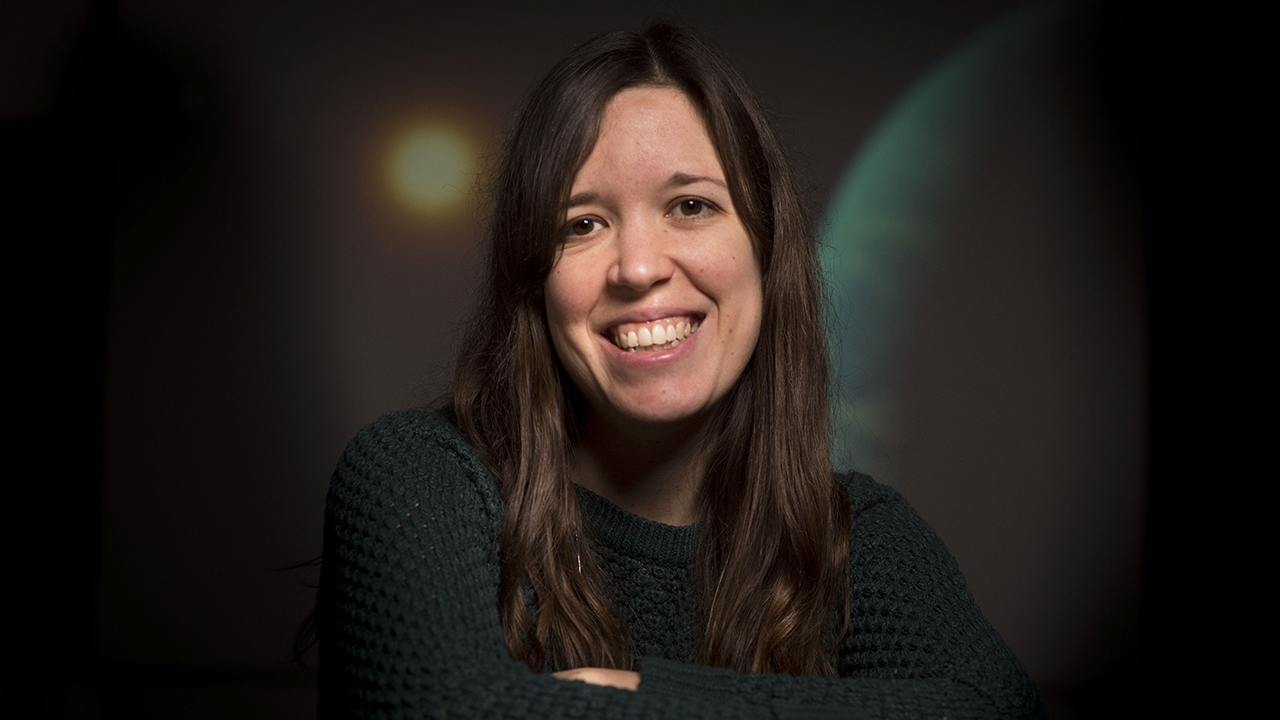 Laetitia Delrez, researcher at the STAR and ASTROBIOLOGY research units (Faculty of Sciences) is the winner of the Paul & Marie Stroobant Prize 2019. This prize, awarded by the class of sciences of the Royal Academy of Sciences, Letters and Fine Arts of Belgium, underlines the interest and quality of the studies of a scientist in the fields of observational or theoretical astronomy.

he Royal Academy of Sciences, Letters and Fine Arts of Belgium presented Laetitia Delrez, astrophysicist at the University of Liège, with her prize during its public session on Saturday 14 December 2019. Created in 1950, the Paul and Marie Stroobant Prize is awarded every two years to the author of a work in observational or theoretical astronomy.

This prize rewards the important role played by the young researcher in the discovery of the TRAPPIST-1 planetary system but also for her participation in the follow-up of the system both with telescopes on the ground and in space. This prize also rewards the work of Laetitia Delrez in the framework of the international project SPECULOOS, directed by Michaël Gillon from the University of Liège, which consisted in the participation to the installation of the telescopes at Paranal Observatory in Chile, the development of the softwares for data transfer and analysis, all this during her post-doctoral stay in Cambridge in the team of Pr Didier Queloz. Laetitia Delrez is currently a PostDoc researcher in the STAR and ASTROBIOLOGY research units and has recently joined the scientific team of CHEOPS, ESA's first space mission dedicated to the study of exoplanets that was launched on 18 December.

Royal Academy of Sciences, Letters and Fine Arts of Belgium

As soon as the Literary Society of Brussels, the forerunner of the Academy, was founded, Empress Maria Theresa of Austria entrusted it with the awarding of two annual prizes, one for Science and the other for Literature. This tradition has continued since 1769 and currently each Class may award six prizes of equal value to reward the authors of the best works presented in response to the questions it has put on the year's programme.