The Starlink project in the astronomers' sight 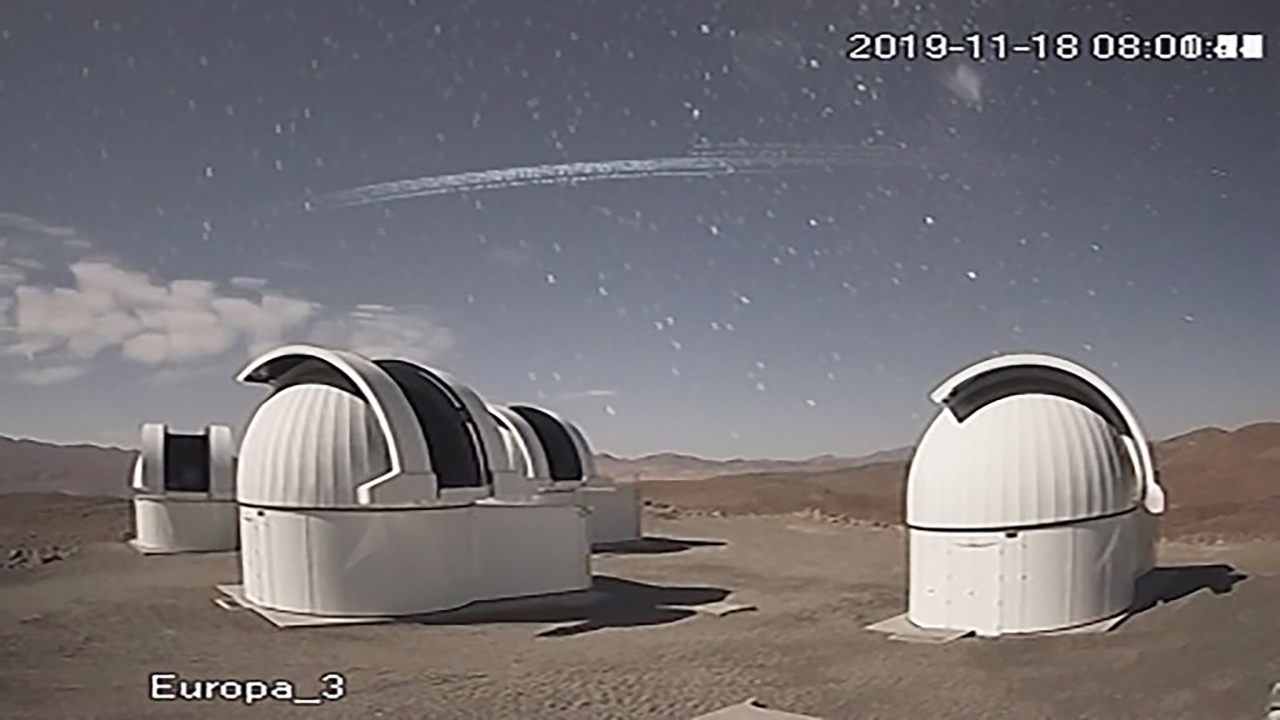 Astronomers, including those of the SPECULOOS consortium, are responding to the launch of the first satellite constellations of the American SpaceX Starlink project. These small telecommunication satellites - which want to make broadband Internet accessible around the world - have a very bright surface that strongly reflects the light of the Sun, which has a significant impact on observations made by ground-based telescopes, such as making some images unusable.

Some messages on social networks have travelled around the world. The first Starlink satellites of the American giant SpaceX are doing photo bombing in front of ground-based telescopes. SPECULOOS-South webcams captured the passage of one of the first constellations of satellites over the European observatory of Paranal (Chile). In these images, satellites are clearly visible, reflecting sunlight extremely well (i.e. they have a very high albedo). And the problem is there: they are bright enough to damage astronomical data captured by ground-based telescopes, including those of the SPECULOOS project, if they cross one of the sky zones observed by these telescopes.

To date, "only" 122 of these satellites have been put into orbit, so the probability that some of SPECULOOS data will be damaged by Starlink remains low, even if they have already had an impact on astronomical data from at least one other observatory.

However, SpaceX's plan is to launch 42,000 of these objects, 60 of which are launched every two weeks. If they do, and if the satellites to be launched have an albedo as high as those already in orbit, the impact on ground-based astronomy would be devastating. Of course, these satellites would have no impact on the observations made in the middle of the night, because they would then be in the Earth's shadow. But they would damage the data taken near dusk and dawn, significantly reducing the effective duration of the night that can be used by astronomers.

Michaël Gillon, leader of the SPECULOOS project and researcher at the University of Liège: "Starlink aims to bring high-speed Internet to the world. This is certainly a laudable objective, but SpaceX must make its satellites much less reflective and stop launching them until this is done. Because a company that promotes the development of space exploration must be concerned about protecting the sky, our window on the Universe. » 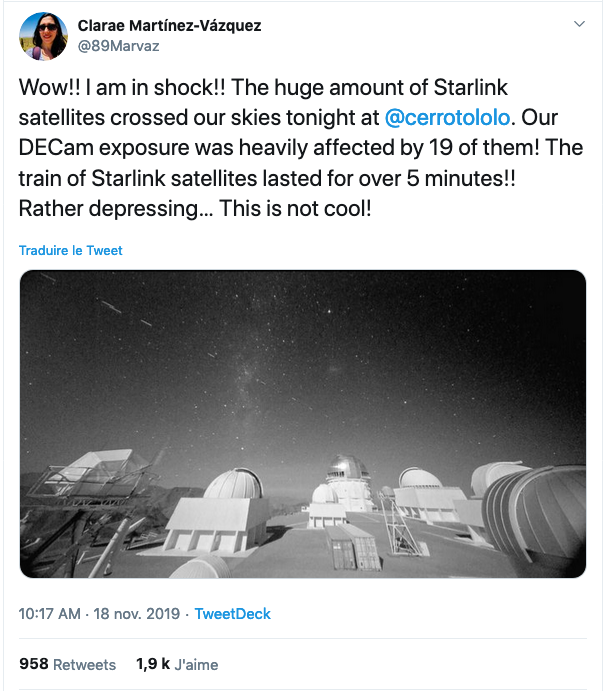