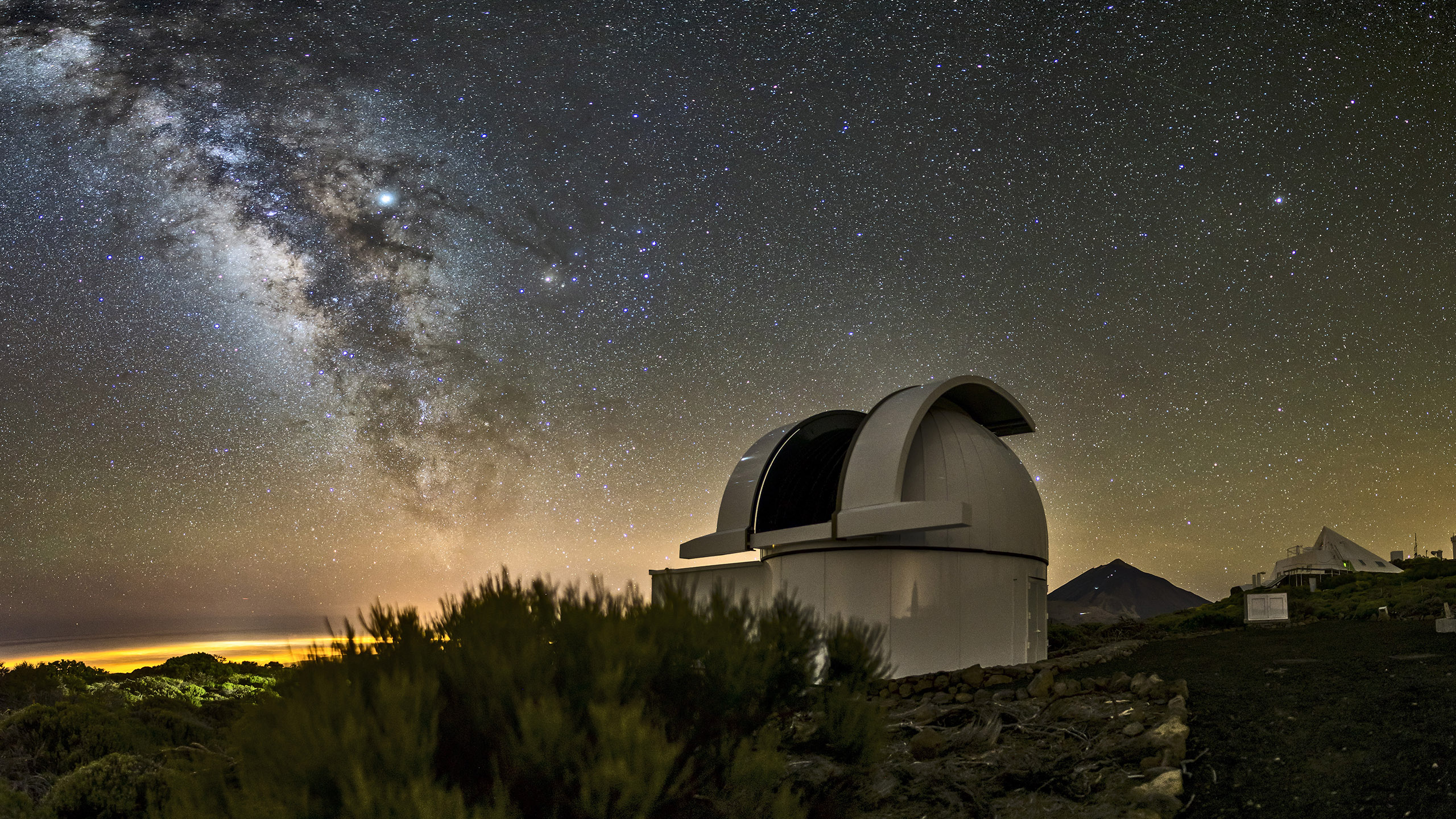 This 20 June 2019, the researchers of the SPECULOOS Science team inaugurated the Artemis telescope, the last one to arrive in the SPECULOOS constellation but the first one installed at the SPECULOOS North Observatory, located in Tenerife in the Teide  Observatory. Artemis is the result of a collaboration between the EAPS department of MIT, ULiège and the Institute of Astrophysics of the Canaries (IAC). It will enable researchers to extend their hunt for habitable exoplanets to the northern hemisphere.

nitiated and directed by Michaël Gillon, FRS-FNRS Senior Research Associate at the Astrobiology Research Unit of the University of Liège, the SPECULOOS project aims to use two observatories composed of several robotic telescopes to discover new potentially habitable exoplanets well-suited for detailed studies of their atmospheric compositions.

The first of these two observatories, SPECULOOS-South, is located in the southern hemisphere, within the ESO (European Southern Observatory) in the Atacama Desert in Chile. It has four fully robotic telescopes in operation since January 2019. The second observatory, SPECULOOS-North, had just its first telescope inaugurated on the island of Tenerife. Named Artemis in reference to the Greek hunting goddess, the telescope installed on the Teide Observatory site will make it possible to extend the search for habitable planets to the northern hemisphere, thus doubling the chances of discovery.  'Thanks to SPECULOOS-Nord, we will double our potential for detecting habitable exoplanets, thus maximizing our chances of finding chemical traces of life beyond the solar system, explains Michaël Gillon."

The University of Liège, which lead the project with is now a partner of the Massachusetts Institute of Technology (MIT), the main financier of this first telescope. And it is Julien de Wit, professor at the Earth, Atmospheric and Planetary Sciences Department of MIT, member of the SPECULOOS Science Team and a graduate student of ULiège, who will coordinate the collaboration with ULiège and the Canary Islands Institute of Astrophysics (IAC). "This excellent collaboration with MIT gives SPECULOOS a new dimension, allowing it not only to extend to the skies of the Northern Hemisphere but also to benefit from the huge expertise in exoplanetology of the scientists of MIT's EAPS department, concluded Michaël Gillon."

Before the design of the SPECULOOS telescopes, the researchers had already established the proof of concept of this technique with a project using a small terrestrial telescope located in La Silla, Chile, called TRAPPIST (TRAnsiting Planets and PlanetesImals Small Telescope). With the TRAPPIST telescope, researchers examined a limited sample of 50 target stars and discovered the TRAPPIST-1 system, which consists of seven Earth planets orbiting their cold ultra-dwarf star. The SPECULOOS group is building on this previous project with its new telescope network to further scan the sky for similar exoplanets the size of the Earth and deliver more targets whose habitability and potential signs of life can be assessed in the future. 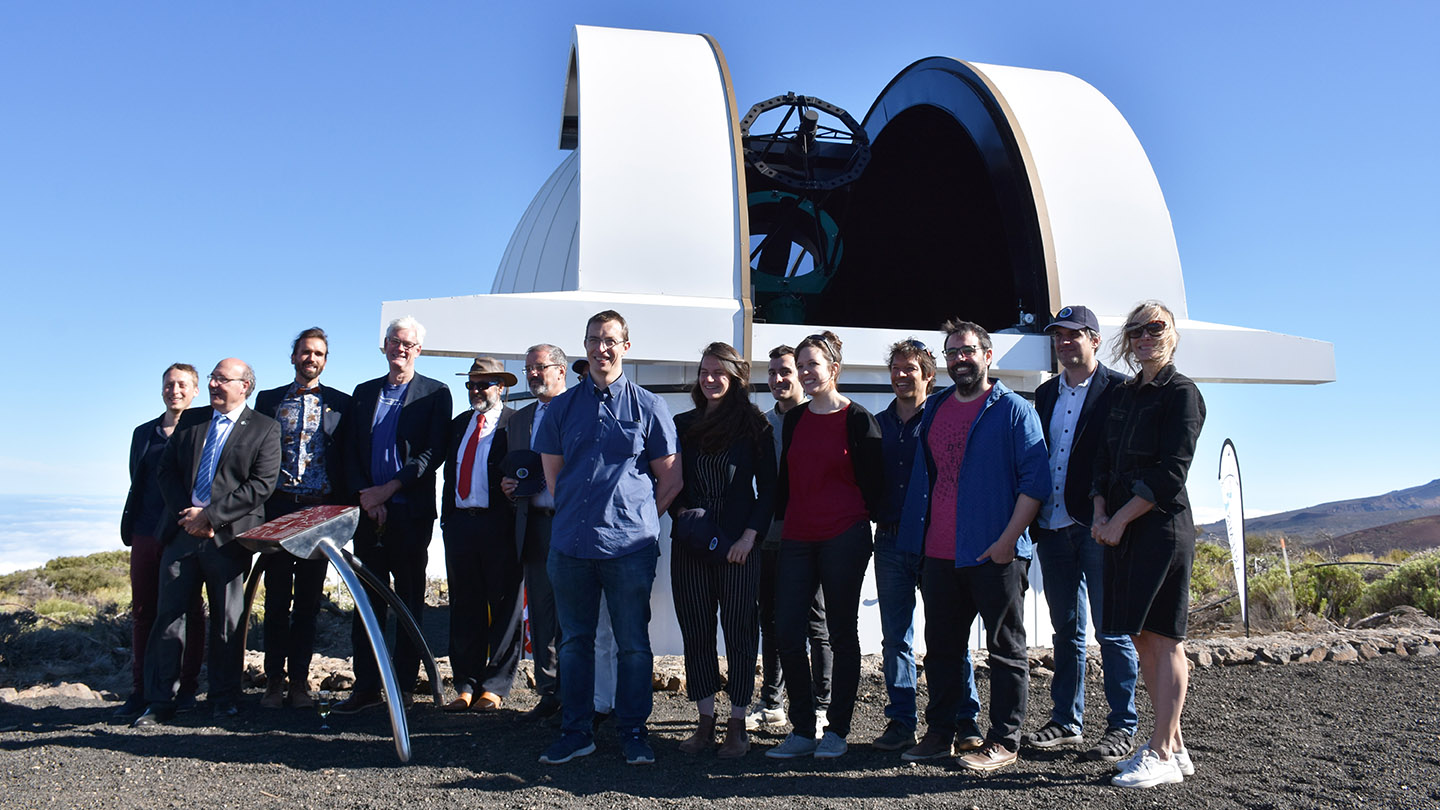 The researchers of the SPECULOOS Science team inaugurated the Artemis telescope, the last one to arrive in the SPECULOOS constellation. Artemis is the result of a collaboration between the EAPS department of MIT, ULiège and the Institute of Astrophysics of the Canaries (IAC). It will enable researchers to extend their hunt for habitable exoplanets to the northern hemisphere.

More about the SPECULOOS Observatory