Hosted by the European Southern Observatory (ESO)  of Paranal  in the Atacama Desert  of Chile, SPECULOOS-South is composed of four robotic telescopes in operation since January 2019.

heir names are Io, Europa, Ganymede,  and  Callisto, from the names of the Galilean moons of Jupiter. Each telescope has a primary mirror of 1m diameter and is equipped with an astronomical camera highly sensitive in the near-infrared (up to 1 micron).

SPECULOOS-South is operated by a consortium including the Universities of Liège, Cambridge, and Birmingham. 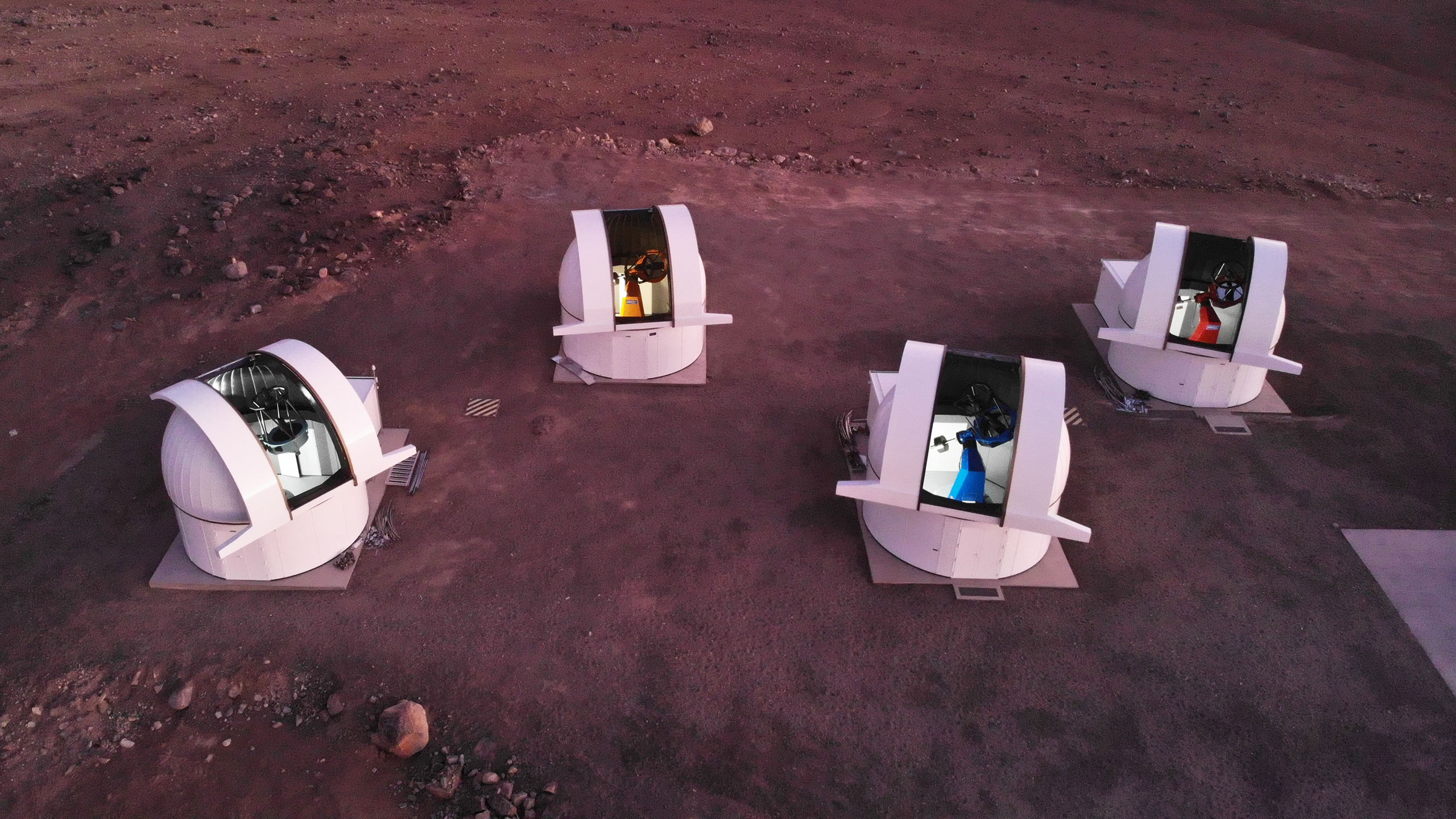 The SPECULOOS project - Search for habitable Planets EClipsing ULtra-cOOl Stars - aims to detect terrestrial planets eclipsing some of the smallest and coolest stars of the solar neighborhood. The exoplanets discovered by SPECULOOS should thus provide mankind with an opportunity to study the atmosphere of extrasolar worlds similar in size to our Earth, notably to search for traces of biological activity.